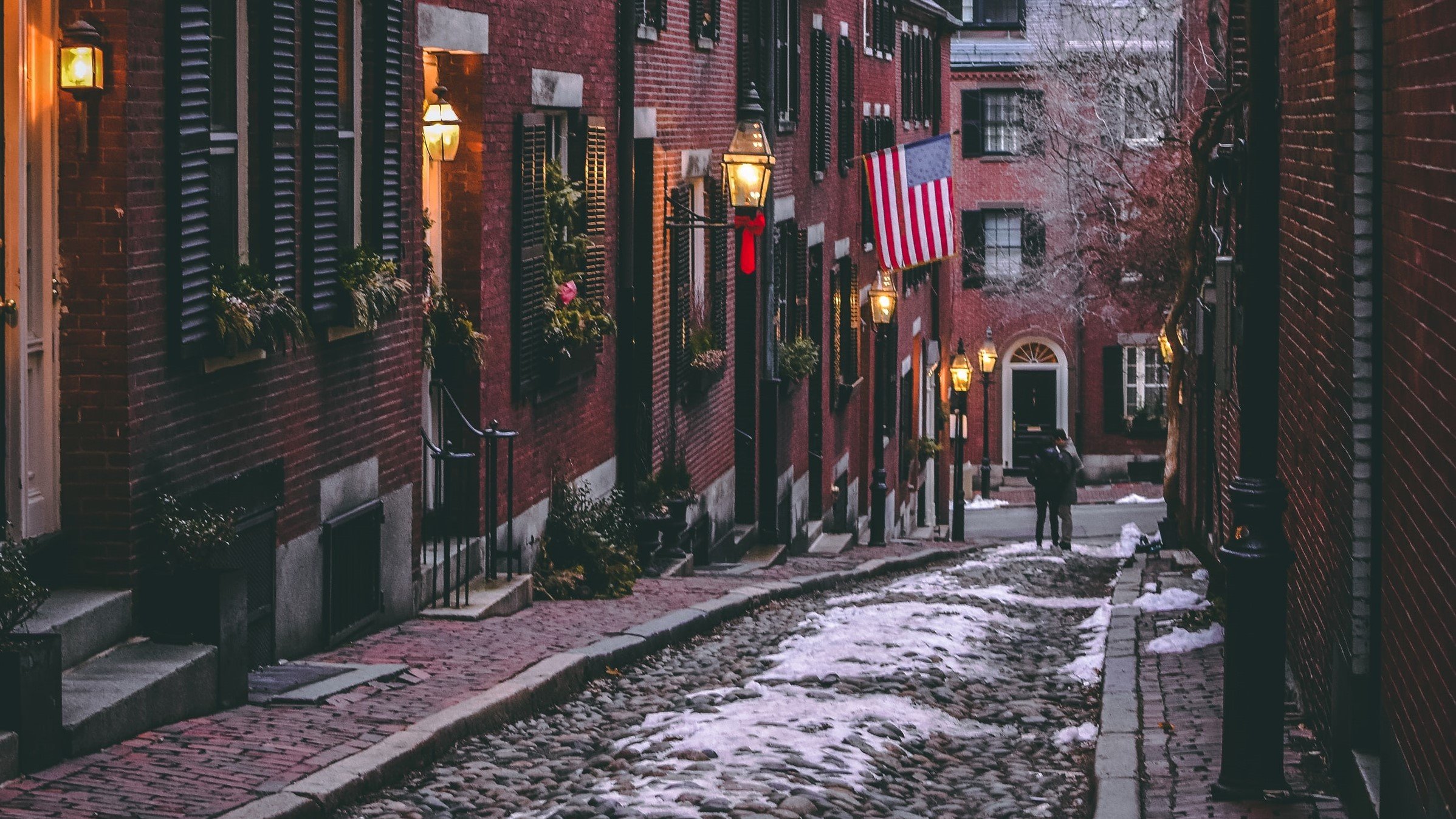 There’s a certain attraction to living in Boston. Although it’s quite expensive, living in the heart of the city means you get to be close to some of the best things the state has to offer, including a rich history, world-class healthcare facilities, and plenty of day and nighttime activities.

It’s also hard not to fall in love with the idyllic New England look of some of Boston’s nicest neighborhoods. There’s a good reason property in places like Beacon Hill and Back Bay fetch such a high price.

But if you’re considering moving into one of Boston’s nicest neighborhoods, you need to do your homework first. Because of the way some of these historic buildings were constructed, they may be at risk of sinking into the ground.

Here’s what to watch out for if you’re thinking about moving to the North End, the Back Bay, the South End, or Beacon Hill.

To understand what’s going on, we must look back through history.

When Boston was first founded, the landmass that the city was situated on was much narrower than what you see today. Many of the areas around the city were mudflats, including the areas we now know as Back Bay, Fenway, and many parts of the North End.

A significant percentage of the city and its surrounding area didn’t even include stable land more than 300 years ago, as you can see here:

To accommodate Boston’s growth, these areas were filled with sand and gravel. The buildings placed on top of that sand and gravel were also built on top of wood piles or pilings, which are columns of wood.

Those wooden pilings work perfectly well when they’re submerged in groundwater. The groundwater protects them from rot and many of the other elements and organisms that degrade wood.

But when groundwater recedes, those pilings become exposed, causing them to deteriorate. This has occurred numerous times throughout their history, and some of those pilings are beginning to rot away.

What Does This Mean for People Who Want to Buy in This Area?

Inevitably, this has caused some of the properties in these areas to start sinking into the ground. If you buy a property without realizing it’s being impacted by this phenomenon, you could find yourself stuck with hundreds of thousands—potentially millions—of dollars’ worth of repairs and renovations.

An article in The Wall Street Journal from March 2020 provides some context on this. When a developer named Koby Kempel bought a former carriage house in Boston’s Beacon Hill area, he discovered that the pilings underneath the building were rotting, causing significant issues with the property. He described the walls of the building as “floating.”

“The only thing that was holding the building [up] was the fact that it was connected to the adjacent buildings,” said Kempel. “It was almost leaning on those party walls.”

Mr. Kempel had to spend several hundred thousand dollars repairing these pilings before he could eventually renovate the building. The article notes that his experience “is far from unique” because coveted buildings in some of the nicest neighborhoods in Boston, such as Back Bay, South End, and Beacon Hill, are all situated on wooden pilings themselves.

How to Avoid a Million-Dollar Mistake

The good news is that you can avoid suffering the same fate as Mr. Kempel if you do your homework before buying one of these iconic properties.

The Boston Groundwater Trust’s Inspectional Service Department (ISD) has done a significant amount of research into this phenomenon. They’ve begun assembling a database of which properties have been “underpinned” (the process of stabilizing the building if the wood pilings have rotted). They’ve also begun to list properties’ “piling cut-off grade,” which refers to the current level of the wood pilings that support a building.

You can access the maps the Groundwater Trust has assembled through this website. There, you’ll also find links to data the Trust has collected on specific neighborhoods.

You can also search for historical property records through the City of Boston website. You can search permit images simply by entering the street name and number for the property you’re interested in. If you want to view building plans, you’ll need to go in person to the document room on the fifth floor of 1010 Massachusetts Avenue.

Keep in mind that many historical property documents were destroyed in the Great Boston Fire of 1872, so there may not be historical records available for the property you’re interested in.

If you’re interested in living in downtown Boston, a few old wooden pilings shouldn’t stop you. Just be sure to research your property first before you put your money down. It could prevent you from buying a fixer-upper when you intended to buy a beautiful historic home.