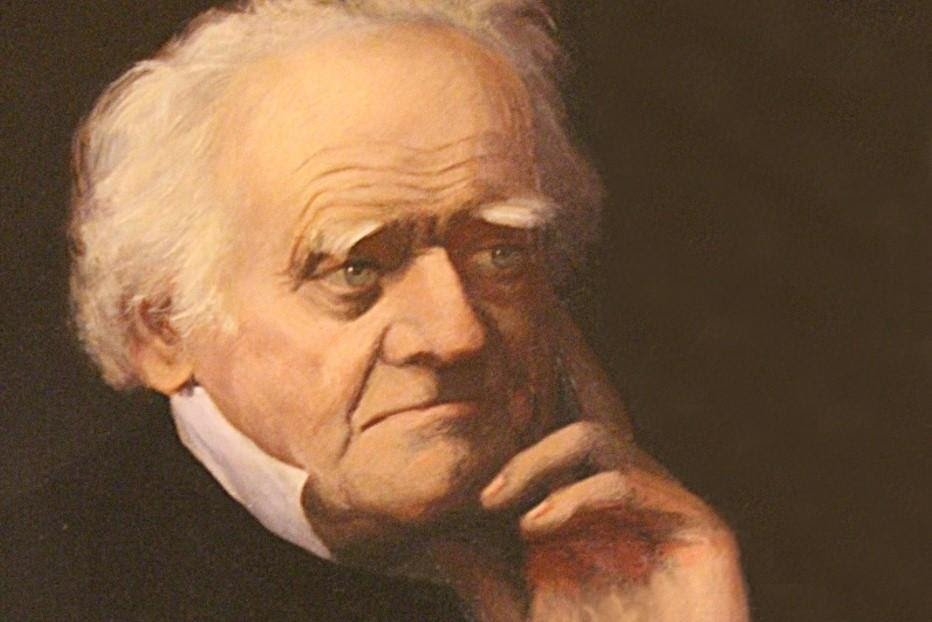 Who was Robert Rantoul?

If you drive north to Beverly from Salem, you’ll cross the Veterans Memorial Bridge, the bridge that links the two cities over the Danvers River. Once across, you’ll reach a fork in the road and you’ll have to make a choice. Should you go right, or left?

Each street will take you deeper into the heart of Beverly, and each has a namesake with a unique history.

A Tale of Two Streets: Cabot and Rantoul

If you go right, you’ll head down Cabot Street. This is arguably the main thoroughfare of Beverly, as it’s home to many of the city’s shops and eateries as well as City Hall. It’s also home to the iconic Cabot Theatre, which is now known as “The Cabot Cinema” or, simply, “The Cabot”).

Both the street and the theater are named after John Cabot (1744-1821) and his family. John Cabot and his brother Andrew were successful merchants in Beverly, launching enterprises in fishing, trade, manufacturing, and banking. Cabot also served as a representative to Massachusetts General Court.

If you were to take a left at the fork, you’d go down Rantoul Street. This street has seen a significant resurgence in recent years. New businesses have cropped up, as have new apartment complexes and a fully revitalized parking garage for commuters who must board inbound trains into Boston.

The Cabot name is well-known in Beverly and many businesses have adopted it to express their local flavor. The Cabot family has even been immortalized by the John Cabot House, a museum and historical location.

Many locals also recognize the Rantoul name, but even some locals aren’t aware of the man who it originates from: Robert Rantoul Sr., rather than the perhaps more widely known Robert Rantoul Jr., who was a United States senator and Rantoul Senior’s son.

The Life of Robert Rantoul Sr.

Robert Rantoul was born in 1778 and lived until 1858. According to Historic Beverly, he was only “partially educated” and spent time as an apprentice to a druggist. He eventually opened an apothecary—akin to a modern-day pharmacy or drug store—in 1796. As one of the oldest such establishments in the United States, this made Rantoul Sr. a bit of an innovator.

Altogether, Rantoul Sr. worked in public service and for the city of Beverly for more than 50 years. According to a listing for an event celebrating his life, “Rantoul made enormous contributions to the city’s progress. Especially interested in local roads, he petitioned the county commissioners to lay out a new street parallel to Cabot street from Manasseh Trask’s house on Cabot Street, near to the entrance of Colon Street.” The city’s Selectmen then name the street after Rantoul to memorialize his contributions to the community.

Rantoul had seven children with his wife, Joanna Lovett Rantoul. One of his sons was Robert Rantoul Jr., who also played a significant role in local politics and continued to establish the Rantoul name as a fixture in Beverly and the rest of the country.

The Life of Robert Rantoul Jr.

According to the Biographical Directory of the United States Congress, Robert Rantoul Jr. was born on August 13, 1805, in Beverly, Massachusetts, and lived until August 7, 1852. He attended common schools—the first publicly-funded schools—as well as the Phillips Andover Academy in Andover, Massachusetts.

He eventually graduated from Harvard University in 1826 after studying law and was admitted to the bar in 1829. After practicing law for a time in Salem, Rantoul moved to South Reading, Gloucester, and eventually Boston in 1838.

Rantoul also served in several different roles of government during his lifetime.

Rantoul went on to become a United States Senator in 1851, filling a vacancy after the resignation of Daniel Webster. However, he only served in this role for a few months.

Rantoul was later elected as a Democrat in the 32nd Congress on March 4th, 1851. Unfortunately, Rantoul wouldn’t be able to finish his full term. He died on August 7, 1852 due to complications with erysipelas, a bacterial infection of the skin.

Beverly: A City of Living History

Beverly has a rich history that both tourists and long-time residents love to explore. If you’d like to learn more about what it’s like to live in Beverly, don’t hesitate to contact us at GoldCoast Mortgage. We’d love to hear from you!