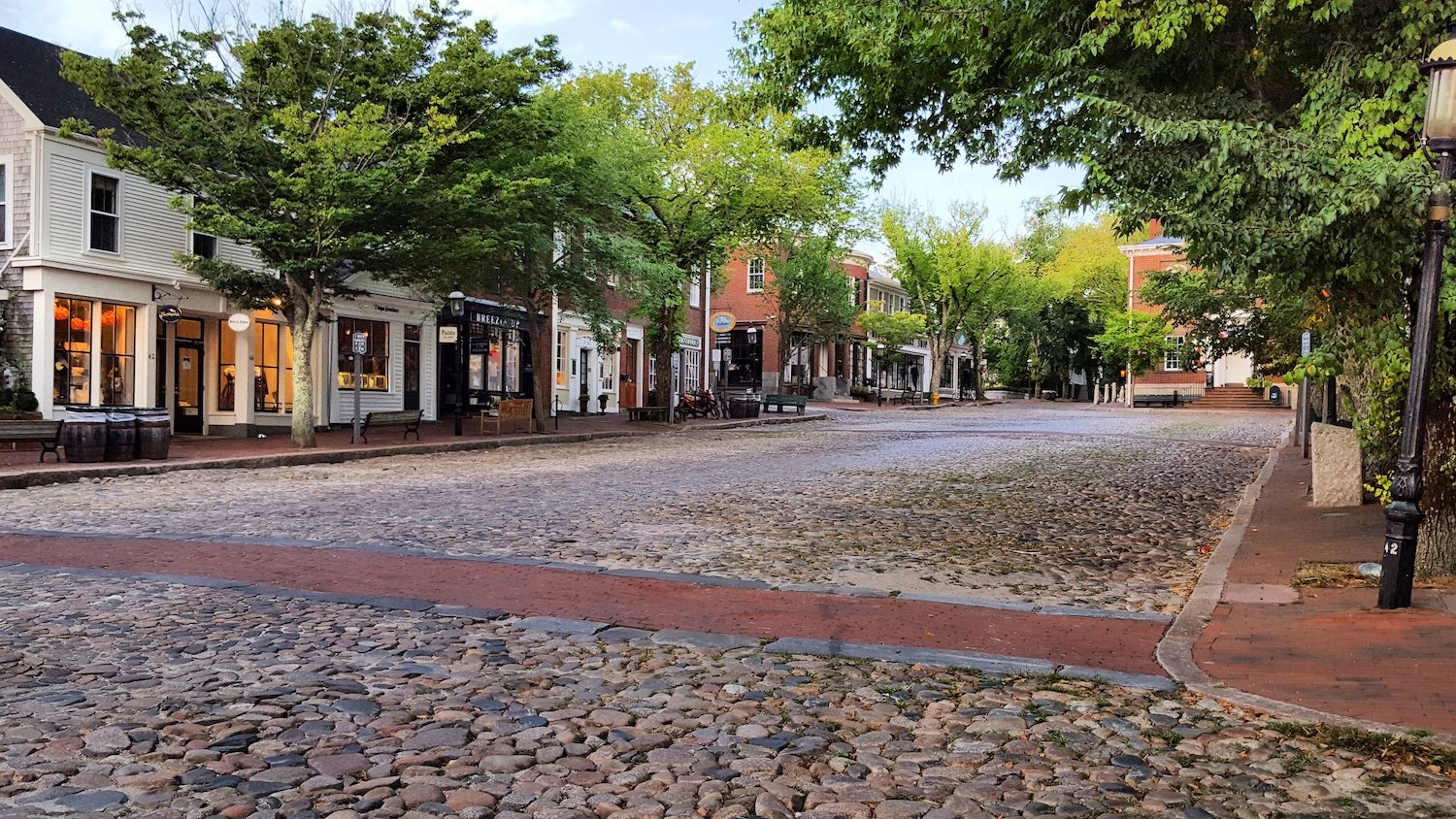 Downtown Nantucket, a town, an island, and a county.

When Does a Seller’s Market Turn into a Buyer’s Market?

It’s not the actual date you’re asking for but rather what conditions will present themselves for the King Tide to begin its retreat.

The pivot event isn’t as precise as the two lines crossing on the axis of a graph.

Rather it’s a tipping point being decided by kinetic energy traveling obscurely in a tunnel.

But the energy is our own. So what unplugs it and when are the brakes applied?

I had a front-row seat to the meltdown in 2007. While I knew things were amiss leading up to it, I couldn’t relate what I was feeling to any prior experience I had lived through. There was no audible “pop”.

But there were certainly “tells”. Too many to count. My business partner would hold up a fax sent by a Lender proclaiming their strength and ability to withstand a downturn. 72 hours they would file for closure in court. Greed and Ego are two of the biggest tells.

I recall the stage set vividly, almost like it was imprinting in my brain in slow motion. Now I do have something to compare current events with.

Let’s break it down together.

Spending occurs freely under the Wealth Effect. Folks are even willing to spend money that isn’t theirs (“debt”). The source used to repay the debt has been ongoing so long that folks can’t remember back to when times were lean. It’s like when Brady and Belichick joined forces. Then after a while, we couldn’t recall what it was like NOT to be in the super bowl. But then we weren’t.

The Wealth Effect and Stage Fright cannot appear on the stage simultaneously. One must yield the performance to the other. There are limited times when neither character is visible.

So when, how, who directs the characters to be swapped?  You do.

It may be as innocuous as opening the envelope from your 401k provider and looking for missing pages containing the other half of your balance.

The competitor to your employer makes the news feed on your favorite news app.

A billboard-size FOR SALE sign appears on the construction project you’ve been passing by on your commute for months.

Like the German language use of “ihr”, in Dorchester, they have a word for plural you, it’s “yous” or “yous all”.  A mother may whip the word out if her children are all involved in trashing up a room or a buddy may use it if he’s about to irk a small group of friends.

In this case, the pivot occurs when Yous determine the whole shooting shebang is overcooked.

When it comes to real estate, one of the most common questions people have is, “When is it the right time to buy or sell a home?”

Often, the right time to buy or sell has less to do with market conditions and more to do with your family’s needs. But if you want to get the best deal in your transaction, it pays to keep an eye on the market.

The housing market is affected by several factors. For example, there are certain times of the year when it’s usually more opportunistic to buy, and there are times when it’s better to sell. Typically, Spring is the best time to sell a home due to high demand, while winter is the best time to buy due to lower prices and lower demand.

A global pandemic, interest rates, taxes, economic stimulus, and even the availability of building materials all impact the real estate market.

But supply and demand, in general, play the most significant role. If you’re thinking about buying a home, here’s what you need to know about how a seller’s market might transition into a buyer’s market.

Conditions for a Seller’s Market

A seller’s market is usually characterized by excess demand and low supply. Put simply, if a lot of people are looking to buy a home in a particular area but there aren’t many houses available, you can expect prices to go up because sellers know they can get top dollar for their properties.

The most recent example of this in Massachusetts was just this past year.

During the COVID-19 pandemic, people living in Boston and other Massachusetts cities found themselves working from home. To reduce their monthly rent or mortgage payments and get away from high population areas, they bought houses outside of the city. There was no longer a need for them to live in or near the city because they didn’t have to commute to work.

As a result, more single-family homes were sold in the state last year than in any other year since 2004. Home prices had been growing by 2% to 5% each year up until then. But by the end of 2020, prices had risen by 11.4%, a significant increase.

This was a trend that occurred in other markets across the country as well. Arguably, the Massachusetts housing market in 2021 is a seller’s market. But it won’t always be that way.

Conditions for a Buyer’s Market

A buyer’s market is when purchasers have an advantage over sellers in price negotiations. This most often occurs when there is an increase in the supply of goods and a decrease in demand for them.

The same conditions can occur in the housing market. Because fewer people are trying to buy a home, some sellers are more willing to settle for lower prices instead of waiting until more offers arrive. If real estate is abundant on the market and few people are buying, this can drive prices down even further.

How a Seller’s Market Turns into a Buyer’s Market

The housing market usually operates in cycles based on supply and demand.

When demand is high, there is more incentive for developers and investors to build and renovate houses because they know they can make more sales. This expands the supply of homes on the market.

Eventually, the demand for new homes is mostly met, and demand begins to slow down. This leads to an abundance of empty homes that don’t have buyers—an abundance in supply.

Once that happens, there is less incentive to build new homes. The prices on existing homes begin to fall so that developers and investors can make back the money they spent building, acquiring, and renovating homes.

This is generally how a seller’s market turns into a buyer’s market.

Knowing When It’s the Right Time to Buy

Other factors can affect this cycle. For example, high-interest rates can make mortgages less attractive to buyers, slowing down demand, while low-interest rates make taking out a mortgage less expensive and more attractive. Economic growth can lead to both higher demand and a higher supply of houses because buyers have more money to work with and investors are flush with cash from economic activity.

Of course, the most important factor you need to consider when buying a home is the needs of you and your family. It’s beneficial to look for great buying opportunities, but the price is just one aspect of the home buying experience you need to weigh against other needs, like location, nearby schools, amenities, and more.

If you’d like to learn more about the housing market in Massachusetts, don’t hesitate to contact us at GoldCoast Mortgage.